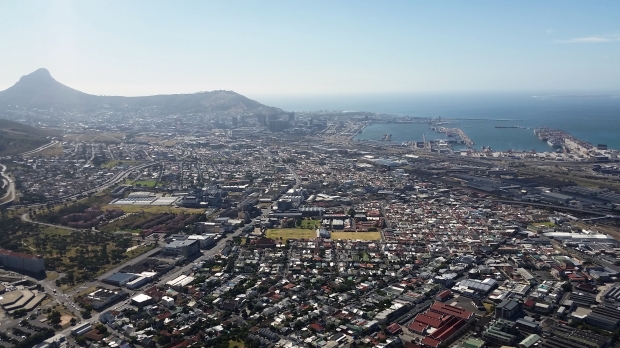 I have two bucket lists: a travel one, and an activities one. With a helicopter ride over Cape Town, I managed to tick off something from both! I’ve always wanted a go in a helicopter. They just look awesome and so badass, featuring in all good action movies. 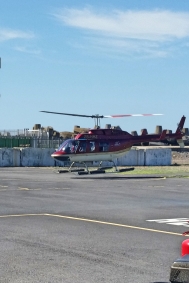 Anyway, whilst I was in Cape Town, I got the chance to try it. My friend Ben and I had a few hours off work and the ship was docked off the awesome Victoria and Alfred Waterfront (which you can find out about here), and we walked past the activities stall. The helicopter one caught our attention, and the rest, as they say, was history.

We bartered (always barter, friends) and managed to get the price down a bit, as this was quite an expense for two travellers used to sticking to a budget. The company we used have four or five different sized helicopters (so you could go in a group, or in a private one) and different routes/lengths of trips. We got a private thirty minute ride for the price of a group twenty minute ride, score! Within fifteen minutes we were speeding towards the landing zone in a golf cart. A few insurance forms and another ten minutes of waiting and our helicopter was ready!

Our helicopter route was around the Twelve Apostles and Table mountain, over Cape Town and then across the port and the sea to get back to the landing pad. It was epic! It was definitely the most loud and shaky take off I’ve ever experienced (it was a bit breezy and we were in a very small helicopter!), but the views we got were so worth it. Because it was just us and the pilot we got near-panoramic views of Cape Town’s finest scenic landscapes. I kept forgetting to take photographs as there was just too much to see. I barely talked for the first fifteen minutes because I was too busy taking it all in! 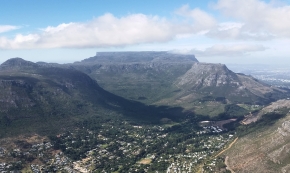 We also ended up getting an extra ten minutes fly-time because there were other helicopters using the landing zone, so we did quite well out of our bargaining! It was so exhilarating and cool to get such a unique perspective. I had such an adrenaline rush after, it was awesome. It was such a spontaneous decision for us, but I’m so glad we went for it.

2 thoughts on “To Infinity and Beyond”